Three words: Faith No More. Two more words: are reuniting. Now say it together: Faith No More are reuniting...in Europe. According to Billboard and Mike Patton's publicist, the band are set to play a few European festivals this summer. Faith No More performing again for the first time in almost 11 years is a big deal. You might even say it's epic (Believe me, it killed me to write that). So as a huge fan of FNM, there aren't many words I could say to describe how awesome this is. Instead, here's the band performing Caffeine on Hanging With MTV while promoting Angel Dust (If you only have own one of their albums, make it Angel Dust. Definitely worth the purchase.) 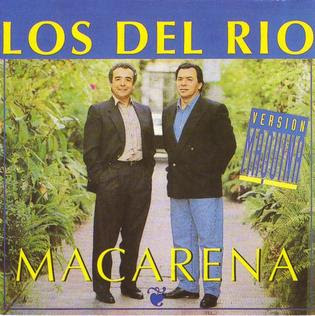 We all know the song. We've all probably, to a degree, done the dance. We, as in mainly English speakers, have tried to sing the song.

Long before 8 Mile and Get Rich Or Die Tryin' and long before rappers took roles away from actors, there was a film that blurred the line between rapper and actor in such a way that it could have only spawned from the 80's (and the late 80's at that). It was a film where revenge was not just a dish best served cold but one of two reasons to live. The other reason being to hang out with the Beastie Boys and rock mics and stages while on tour. The masterminds behind these reasons were Rick Rubin and Run DMC. Their offering to western civilization was the long-forgotten masterpiece, Tougher Than Leather.