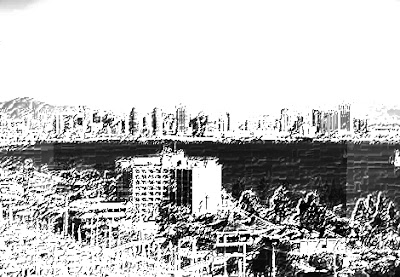 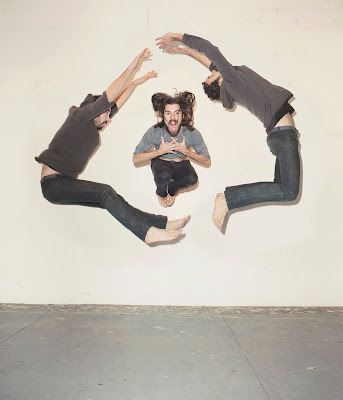 Is it an experimental art project? Is it pop music? These are questions one might ask upon listening to NewVillager's debut album. The conclusion you will most definitely come to is that they are an intriguing and inviting mix of both with songs filled with pop hooks and toe tapping beats.

If you are a fan of independent hip hop, there is a good chance that Grieves is an artist that comes up frequently. Since 2008's 88 Keys and Counting and 2009's The Confessions of Mr. Modest, the emcee, along with producer/multi-instrumentalist Budo, has been proving himself to be an exceptional lyricist and performer providing energetic opening support to various acts as well as landing various event and festival spots this year such as South by Southwest, Paid Dues Festival and Warped Tour. Recently, Grieves released Together/Apart, an album that chronicles the trials, tribulations and highs of two years of touring in his personal and professional life. Along with Budo, he is heading out on his first headlining tour and will be performing at Subterranean on September 26 with Prof and The MC Type as opening support.

Through email, I was able to interview Grieves and inquire about the new album and its headlining tour, his influences and vocal harmonies. The key is Detroit and Germany. Thanks to Thomas from Biz 3 for setting this up.

Chromeo and Mayer Hawthorne For Two Nights At House Of Blues

There are very few concerts that I would ever call perfect date concerts as concerts tend to be loud and, often, far from romantic. This concert, however, will be the moment where dancing, love, romance and incredible music all come together for one unforgettable night. Furthermore, when the night involves Mayer Hawthorne and Chromeo, it is hard to imagine anything but meeting the love of your life that night somewhere between the throwback 70's era soul groove of Hawthorne and the modern meets retro electro-funk of Chromeo.

September Will Eat A Hole In Our Wallets

New albums from Björk, Mastodon, Primus and Wilco? Wild Flag releases their album while Das Racist releases their first commercially available full-length? Hank Williams III releases four albums as his first post-Curb recording (s)? Joey Belladonna's first album with Anthrax in over 20 years? September is rarely known for having such an epic set of releases but each week of this month is filled with great artists and albums that you will listen for the rest of the year or to infinity...and beyond. See, all the buzz over these albums has me quoting Buzz Lightyear. The Family even returns as Fdeluxe and is releasing a new album. Okay, time to stop reading and start ordering albums.

Foo Fighters Will Send Us To Hell...Oh No!

Seriously, we live in a very sick and twisted world when there are plans for a religious protest outside of a Foo Fighters concert. Foo Fighters? Granted, their name backwards spells Satan and two of their biggest singles ("Big Me" and "Best of You") are about demonic possession but, clearly, there is no need for a religious protest. Apparently, according to one man and his church, there is and before this band continues to doom us all into a black hole of drugs, gambling and prostitution or, as I like to look at it, the apocalyptic version of Hill Valley in Back to the Future Part II. 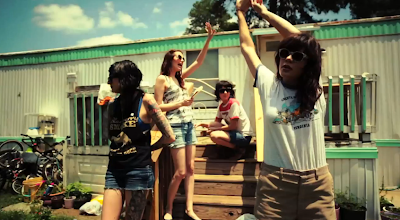 As many of you know by now (and if not, use the search function), I am a huge fan of The Coathangers and Kittie. So much that both bands (especially Kittie) occupy a nice amount of space in my music collection (a total number I would rather not say in the hopes of any woman showing interest in me via this blog). This week, Atlanta and London, Ontario's finest released new videos and both have a 70's visual style to them along with line dancing, zombies and music that rocks to no end. Both bands have released albums (Larceny and Old Lace, I've Failed You

) that will (and better) show up on many best of lists this year (or else...) and, more importantly, should be in your collection or on your speakers at this very moment. Watch the videos for The Coathangers' "Trailer Park Boneyard" and Kittie's "We Are the Lamb" below.