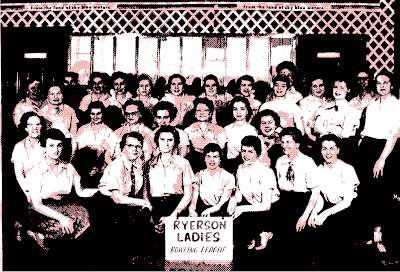 Side A
01. I Melt With You by Modern English
02. Dots and Dashes (Enough Already) by Silversun Pickups
03. Pumpin' for Jill by Iggy Pop
04. Because I Do by X
05. Ain't That Nothin' by Television
06. Stop Your Foolin by Nervous Norvus

Side B
07. DNA by The Kills
08. Black Milk by Massive Attack
09. Dry Bone Valley by Mastodon
10. The Mob Rules by Black Sabbath
11. Beautiful World by Devo
12. Good Feeling by Violent Femmes

It has been eight years since The Jon Spencer Blues Explosion shortened their name (Blues Explosion) and released their last album, Damage. In 2010, the band returned for a series of dates to promote a best-of (Dirty Shirt Rock 'n' Roll) and a reissuing of their 90's Matador output. It is two years later and the trio are now preparing for the release of a new album, Meat and Bone, and a North American tour to follow this fall with a European festival tour proceeding both. Along with this is the debut of JSBX's lead-off track from Meat and Bone, the dirty, lo-fi rocker, "Black Mold." The new single is a more updated take on the band's classic sound complete with Spencer's trademark, howling vocals. A tracklist for Meat and Bone, tour dates and a download for "Black Mold" can be found below. Meat and Bone will be in stores on September 18 on Boombox/Mom + Pop.

Pick Of The Week: Faith No More and Bone & Bell 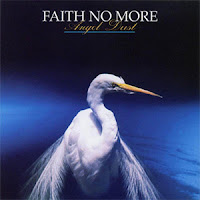 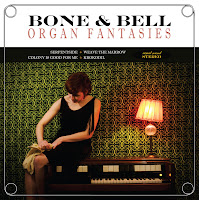 These picks could not be any further apart from each other. One recently celebrated its 20th anniversary and is still one of the most brilliantly unusual albums released by a hard rock band on a major label while the other is a stellar sophomore EP that adds another layer of beauty and artistry to an artist on the rise. The picks of the week are Angel Dust by Faith No More and Organ Fantasies by Bone & Bell.

Email ThisBlogThis!Share to TwitterShare to FacebookShare to Pinterest
Labels: Bone And Bell, Faith No More, Pick Of The Week 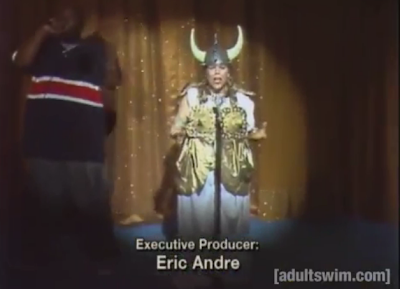 In the vein of Fernwood Tonight, Adult Swim's The Eric Andre Show is a parody of late night talk shows. Unlike Barth Gimble and his humorous assortment of guests and crew members, Eric Andre and his co-host, Hannibal Buress, offer a manic hodgepodge of humor, confused guests, strange segueways and promos and overall random, cable access quality weirdness which is I love this show so much. To give you a good example, here is a segment that featured rapper Killer Mike as a hypeman for an opera singer. Really, that is all that I have to say about this clip and that The Eric Andre Show airs Sunday night at 11:30 p.m. CST on Adult Swim  and Killer Mike's latest LP, R.A.P. Music, is in stores now.

Never Too June For New Releases 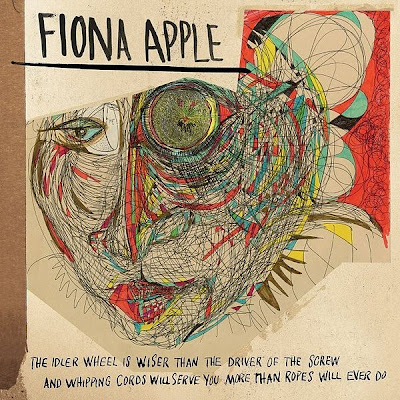 June is filled with some impressive new releases and reissues (and judging by the title of this post, bad puns) from the likes of The Beach Boys, Melvins, Jukebox the Ghost, Nelly Furtado, Grace Potter and the Nocturnals, Japandroids and plenty more. There is even a four-disc Heart box set to begin the month alongside Fiona Apple's first release in seven years. This is an amazing month loaded with great releases to enjoy those summer days (and nights if you are drifting away). So buy yourself some music and play it loud.
Continue
Knowledge Dropped by Bärrÿ 3 comments:

Today Subject: "I Got a Man" by Positive K

When I was 10, I learned two extremely valuable lessons in regards to women. One was to never trust a big butt and a smile and the other was if you see a fine girl, just bust a move. It was not until I was 12 that I learned the power of persistence from the Pepe LePew of hip hop, Positive K. With one question, he summed up talking to and hooking up with attached women by asking "what's your man got to do with me" on his hit single, "I Got a Man."
Continue
Knowledge Dropped by Bärrÿ No comments: