The No.1 Killer Of The 90's African-American Community Was...

That's right. While violence, drugs and the LAPD were instrumental to terrorizing the African-American community of the 90's, those things have nothing, and I mean nothing, on the fact that plenty of rappers were making a quick buck on shilling St. Ides' brand of premium malt liquor to the public. There's something more disturbing about that in my mind than any of the other things. Yet, I just can't put my finger on why it's so wrong. Perhaps, Dr. Dre, you could help me out.

...And Justice For Some

has arrived and it is just a little short of astounding. Visually, the game wipes up the floor with the previous Guitar Hero games and even Rock Band. The motion capture is, without a shadow of doubt, some of the best I've ever seen in a game, and a music game at that. The game captures all the little things such as Lars Ulrich standing behind his kit and drumming or leaning back while pounding on the snare drum and all of James Hetfield's stances during the instrumental parts. Even Kirk Hammett's focused soloing and Robert Trujillo's low playing postion is covered. It's unbelieveable to see how much work was put into just these little things and then to have it recorded for 28 is impressive. The venues are detailed versions of the various places Metallica have left their mark including one of the venue where they first played with former bassist Cliff Burton.

10 More Episodes Of Drugs And Debauchery

If you haven't heard, Behind The Music is returning to television after a lengthy absence. There have been episodes every once in a while but there was nothing better than hearing the same Rock and Roll story, over and over, but with a new band each week. Every story consisted of "there were girls waiting for us between sets," "it was the 70's and everyone was doing it," and "we were young and they offered a lot of money." I, however, think Dave Mustaine best tackles what the show is really about.

Email ThisBlogThis!Share to TwitterShare to FacebookShare to Pinterest
Labels: Behind The Music, VH1

Hero Of The Day

Despite a huge love for the Rock Band series, I'm truly excited for Guitar Hero: Metallica. It's been a long time coming and, finally, Metallica has a video game. Years of mullets and short hair and headbanging brought forth over 28 tracks from the band's history. Add 21 extra songs from the likes of Mastodon, Suicidal Tendencies, Foo Fighters, Mercyful Fate and Bob Seger (definitely the strangest name on the list but it's "Turn The Page" which Metallica covered) and this will be one of the most anticipated games of the year.

Today's Subject: "Life Is A Highway 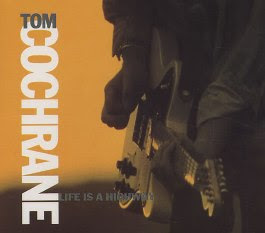 Ahh, the summer of '92. I remember it well. I discovered Pearl Jam and Alice In Chains. I was in love with Karyn Bryant and Duff on MTV. Guns N' Roses and Metallica toured together and Montreal was ripped to shreds. Most importantly, Life Is A Highway was on MTV almost every hour. Minus the Yo! MTV Raps and Headbangers Ball hours, it was one of those songs that was hard to escape. Sometimes, this isn't a good thing.

Anyone who has partied or hung out with me knows that the love for Rock Band goes deep. It's become one quintessential elements of life that make it worth living like sex, ice cream and and watching Cool As Ice. And anyone that knows me knows that this Tuesday, Pearl Jam is the band of the day, hell, the week. In addition to the release of the remastered, remixed and re-liner notated edition of their 1991 debut, Ten, the same album will appear on Rock Band that day. This is a sweet addition to a game that has brought us albums from Judas Priest, The Cars, Pixies, Megadeth, Rush, and Red Hot Chili Peppers. Now, at any time of the day, people can freely cry out "Jeremy spoken class is dead" (it's close enough to original and probably what the one drunk person at your party will sing when it's playing) and many other misquoted Pearl Jam lyrics. Seeing as how something as essential as Ten is being released, I started wondering about other albums on the game that have two or more songs yet, for whatever reasons, do not have full albums. Here's a list of five albums that should be released in their enitrety at some point.

The Trial Of Chris Cornell

Chris Cornell, you stand accused of committing almost a decade's worth of criminally offensive music. Do you have anything to say in your defense or would you rather have a song produced by Will.I.Am of Black Eyed Peas and co-written by Diane Warren and Max Martin? Seriously, do you even make anything worth listening to anymore? 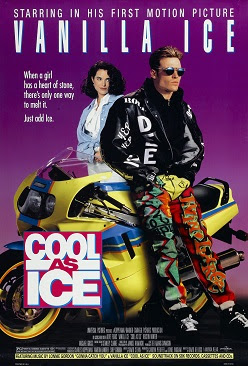 A slice of pure pop perfection complete with an awesome bass line, psuedo funk guitar, saxaphone and, most importantly, a woman teasing you and telling you that she knows what boys like without really giving anything way.

Email ThisBlogThis!Share to TwitterShare to FacebookShare to Pinterest
Labels: One Hit Wonder, The Waitresses 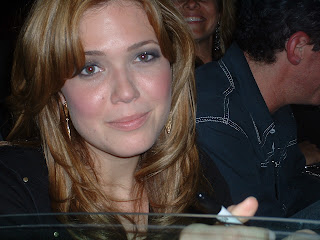 Beginning this Thursday, I will begin twittering about those times where music becomes Hollywood.

This week, the featured Twitter is on Vanilla Ice's 1991 classic, Cool As Ice, and the short-lived, much under-appreciated TV series, Method and Red. Yes, I did say Method and Red (every episode, every laugh, everytime Method Man says "Neighbor Lady" and it goes down tomorrow afternoon. Find us at http://twitter.com/HighJones

A stopgap compilation to pass the time before the awesome one coming in April. This compilation is a bit of a downer, this I know, but it's also has a few of the leftover tracks from the February comp. Hello, I've Waited Here For You dealt more with the love aspects of life on all angles (unrequited, full-on, heartbreak and homosexual), Wings Melted By The Sun is about loss (of love, life, sense of being, purpose, etc). It is the perfect companion piece for remembrance of things left behind and lost. Remember the life we live today may not be the life we live tomorrow and that everything finds its way back when the time is right. Stay positive and always hope for the best. To loved ones, friends, lovers and ships passing through the night, these words I share with you and wish nothing but the best.

I still believe in the mixtape. It can be romantic, autobiographical, funny, a way of expressing your self through words you dare not say to someone in fear of their thoughts and, most of all, it is a way to showcase some of your musical interests to a new friend or lover. Mixtapes are special in the sense that people take time to carefully pick out songs to describe themselves and for that person to then hand you the tape is a wonderful thing. I have handed mixtapes over to countless people (mainly girls) and have crafted setlists for what i would give people if i were to make them tapes (once again, girls). Hell, I have quite a few of them that friends have made for me that I still listen to (everything ranging from the Beatles to Screamin' Jay Hawkins). With that said, here is this month's mixtape. I've posting these for a while under my other Myspace alias but from here on, they have a new home.