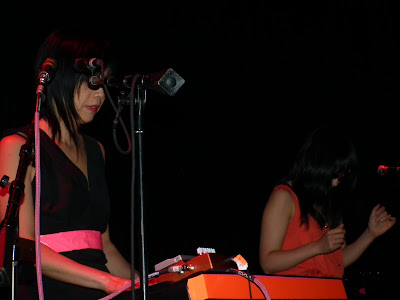 It is hard to believe that it has been a decade since Cibo Matto were last around and longer than that since their last album, 1999's Stereotype A, was released. During the year they were active, however, they created a sound as futuristic as it was current and as funky as it was laid-back. As fans filled Lincoln Hall's floor and balcony on Thursday night, they were reminded of the sounds that helped make New York seem like an alternative heaven in the 90's and received a taste of what the Japanese-American duo have been working on since returning.
Vocalist Miho Hattori and keyboardist/vocalist Yuka Honda came out to the audience's huge applause and launched into a trio of tracks from their first full-length album, Viva! La Woman that turned the clock back to 1996 as the ladies and their fans sang and danced to the thumping beats and creative loops coming from the stage. The organ loops of opener "Beef Jerky" echoed off the walls as did the ladies enthusiastically performing the number's chorus while "Sugar Water" filled the air with a hypnotic bass groove. Before and after the aforementioned number, Hattori took time to chat with the crowd about her love of Chicago's music scene before doing a brief a capella version of the chorus to R. Kelly's "Echo" and musing about the local restaurant named Cibo Matto to which she wondered where they got the name and felt it was too expensive.

Jokes aside, the duo soon returned to the music which soon included the rest of the current lineup taking up bass and drums during the instrumental bridge of "Spoon" which transformed into a funkier and far less hyper version of "BBQ."  The additional instrumentation gave the band's sound a more fleshed out sound just as it had in the past but with a difference. The difference being that Hattori and Honda, during their time away, worked on a wide assortment of projects from various genres and some of which found its way into their older material especially in "Sci-Fi Wasabi." The newer live take leans more toward a dub variation of the track and, in turn, almost creates a new song. By no means was this a bad thing as their separate material could have easily provided some influence over the newer songs as well. 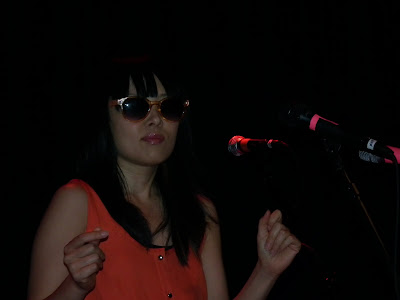 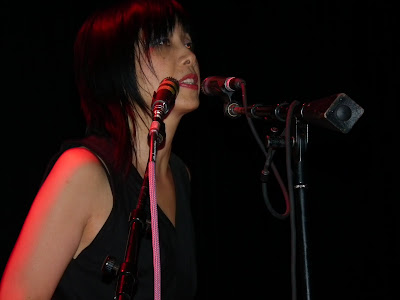 One new song, "10th Floor Ghost Girl," felt like something easily influenced by their post-Matto work with its disco-funk verses and excellent keyboard fills. It was like a cross between Brian Eno-era Talking Heads and Cibo Matto and featured an almost new wave chorus. It is refreshing to know that even in 2011, the band continues to come up with sounds that could have come from any decade and you would find it impressive/hard to believe that it was something currently happening. This was one of the reasons the band, besides Skeleton Key, stood out from their New York peers in the 90's. 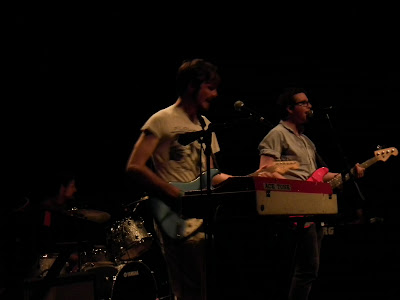 Brooklyn's Tony Castles opened the night with a set of melodic, dreamlike songs. The former trio, now quartet as their keyboardist was playing his first show with the band, provided the songs with a sweetness found within the melodies and instrumentation. Despite missing the first 15 minutes of their 40-45 minute set, it was still a very enjoyable set filled with epic songs that never wandered into mindless jams and numbers that should find their way into the scenes of any forthcoming indie film's big romantic scene or the next mixtape you give to that special person.
Ten years away and 10 years older, Cibo Matto is, for all practical purposes, the same band you loved when you first discovered them in the 90's. Granted, Hattori is no longer shrieking the chorus for "Birthday Cake" at the top of her lungs anymore but that is such a minor thing when they are still capable providing unique and catchy sounds, new and old. While it was great to hear the live returns of such classics as their encore of the slow thumping crawl and menacing synths of "Big Train" and the loose and always popular number, "Know Your Chicken," the new tracks, "10th Floor Ghost Girl" and "Check In," hint toward a promising new entry into their catalog when it sees a release next year. While most reunions seem to either be a cash-in or nostalgic trip, this is one of the few that seemed necessary even if we never realized that we needed it.
Note: My apologies for the Tony Castles pictures as I have a new camera, was using it for the first time and did not get there early enough to adjust the settings.
TONY CASTLES 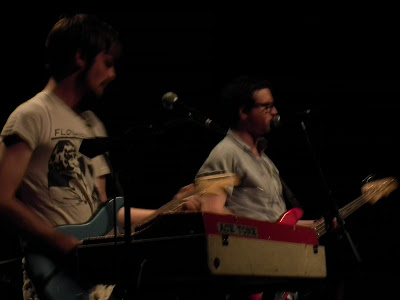 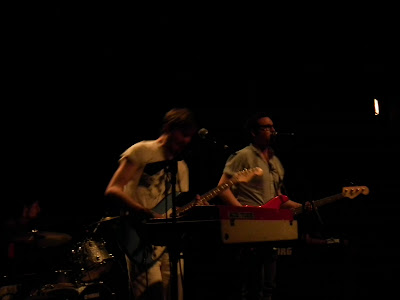 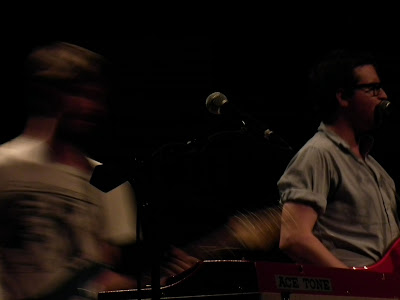 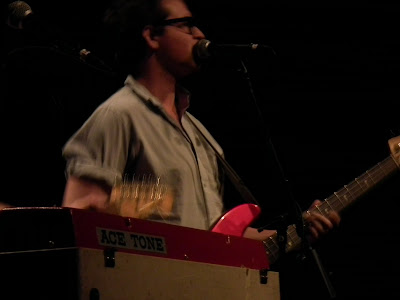 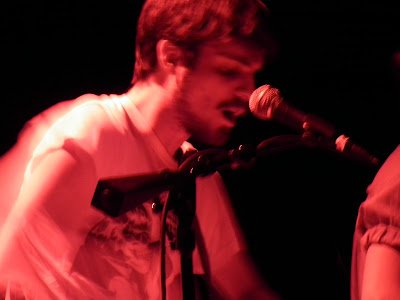 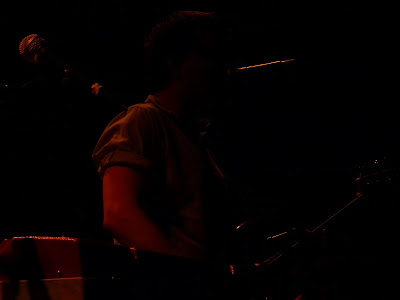 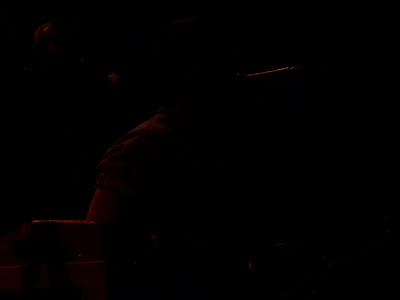 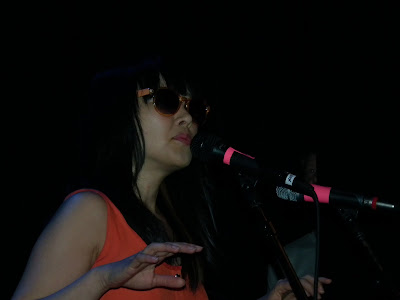 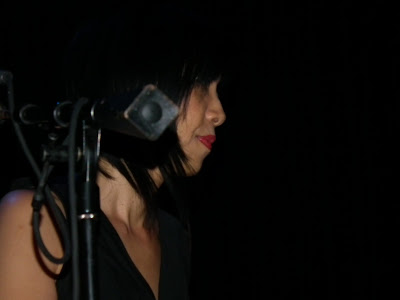 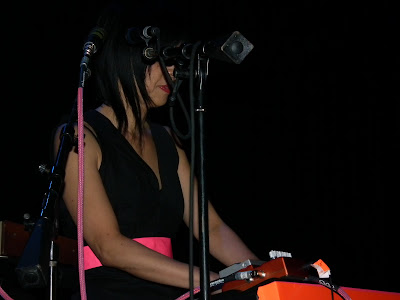 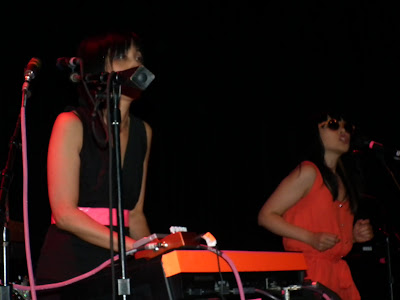 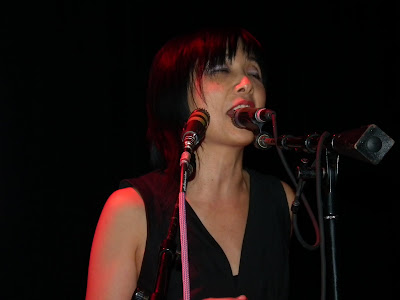 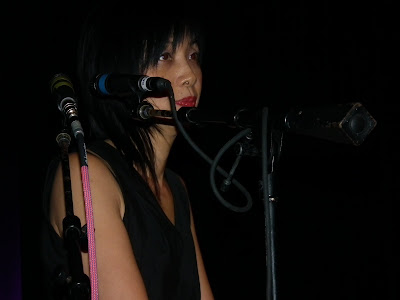 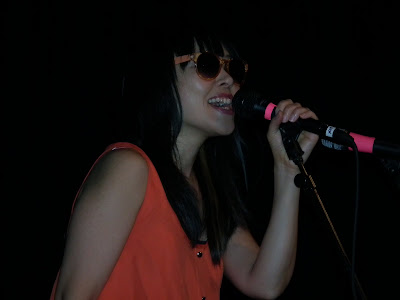 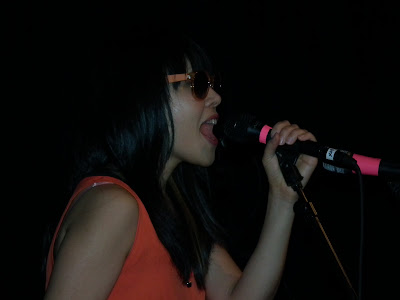 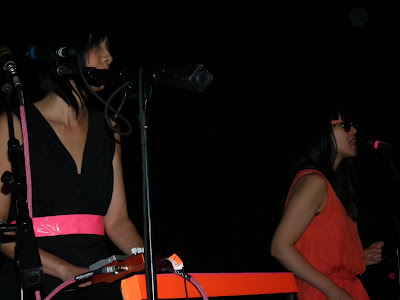 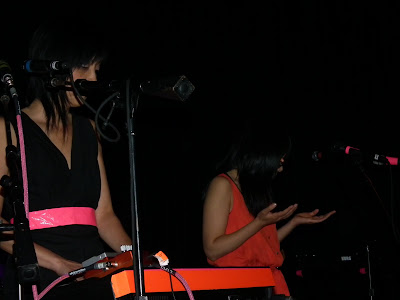 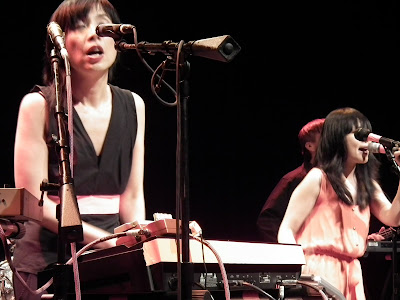