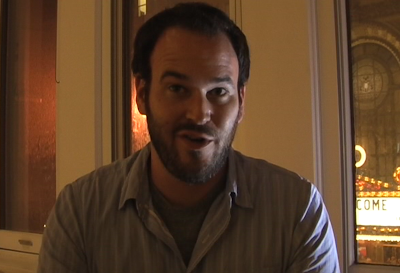 Recently, I spoke with filmmaker Mark Meatto to discuss How to Grow a Band, a documentary on progressive bluegrass quintet, Punch Brothers. Currently, the film is being screened in various theaters across the U.S. with distribution from International Film Circuit and possible fall release for home and retail purchase. Thanks to Mark Meatto for granting this interview on such short notice and thanks to the Gene Siskel Film Center for allowing me to film there. This interview took place on July 14, 2012. Here is also a link to upcoming screening dates and further information on the film.