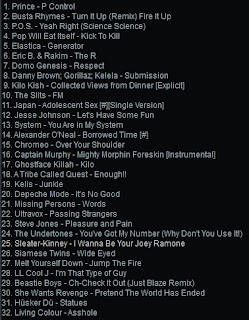 With my producer out of the country, Lost at Sea was offered as a two hour DJ set on Livesets.com. This was my second live DJ set. Was it better than the first? Only in the sense that I was more confident going into it. Still, it was fun and I received four listeners...and you can't teach that. Check out the set on my livesets page. Add a comment if you would like and before it is mentioned, I was using new software and did not realize that I had to add the song titles myself. Hence the lack of times listed for the file itself.

I will do another set by the end of the month and, hopefully, with less mistakes.