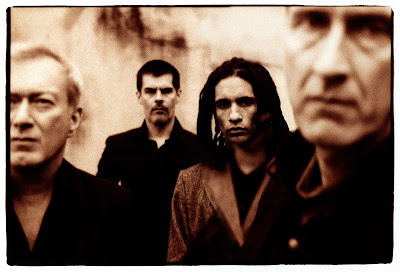 (photo by Mike Gullic)
In January, Gang of Four will release Content, their first album of new material in 15 years. Until then, the band and British newspaper, The Guardian, have teamed up to release a free, three-song EP featuring new material, a remix and reworking of a classic. Members Jon King and Andy Gill provided commentary on the EP's tracks which can be found here. In addition to the EP and forthcoming album, Gang of Four are planning a small North American tour in February. Download the EP and check out the tour dates below.

Email ThisBlogThis!Share to TwitterShare to FacebookShare to Pinterest
Labels: Gang of Four