Pick Of The Week: The Clash's London Calling 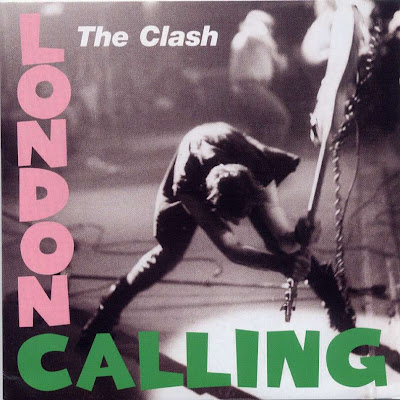 Yes, you are reading this as the pick of the week. In fact, I am not sure I even need to justify the selection as it is an album you probably own or have gone through many copies of throughout your lifetime. Nine times out of 10, there is a station playing "Train in Vain" while I am typing and you are reading this. Why, then, is this the pick of the week? This well-respected, highly influential album by a band breaking from their punk roots to become one of the biggest bands in the world? Simple, it is finally making its way to the Rock Band library two years after introducing itself with "Train in Vain." The pick of the week is The Clash's London Calling.
When I started this blog, I hoped by now that The Clash's self-titled debut would, at some point, be completed as it had a two-to-one lead over London Calling with the releases of "Complete Control" and "I Fought the Law." Instead, Harmonix gives you a infinitely better album and, undeniably, one of the greatest albums in rock and pop history from the cover art of Paul Simonon on the verge of smashing his bass to the "I live by the river" cry on the famous title track's chorus and culminating in the unlisted, infectious final track, "Train in Vain." No offense to the album lyrics, but people are playing Rock Band to rock and have fun which is more than guaranteed with this album.

The 50's greaser punk of "Brand New Cadillac" and the jagged political fury of Clampdown are more than a welcomed pair of selections to sit aside the ska/reggae filled "Wrong 'em Boyo" and "Revolution Rock." This is the album where The Clash came into themselves and really began branching out their sound past their punky reggae beginnings. Therefore, it is a nice mixture of tracks for you to choose from for download. Sure you could just pick certain songs but this is album meant to be played through the first time as there is not one bad track in the bunch. I would even say that if your first experience with the album is Rock Band 3, you will be hard pressed to find a better selection of songs.  So this week's pick is London Calling by The Clash for Rock Band 3 (available next week for download) as you probably own it in your collection but if you do not, purchase

Also, you can now pine over a woman named Summer and get drunk in your own living room instead of a bar. Why are we still discussing this? Download this album download now!
Knowledge Dropped by Bärrÿ

Email ThisBlogThis!Share to TwitterShare to FacebookShare to Pinterest
Labels: Pick Of The Week, The Clash