Kittie Failed No One With New Release 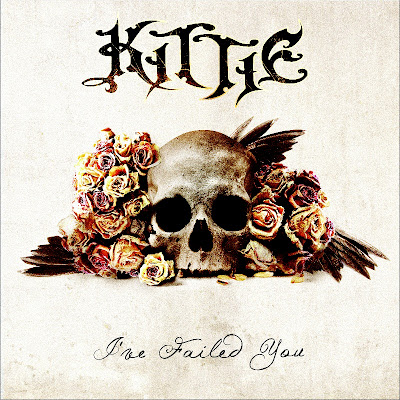 Four albums into their career and Canadian metal quartet Kittie were showing very little signs of slowing down or taming (yes, that is a bad pun) their sound. Something, however, was lost in the mix after their sophomore release, Oracle. While the following albums, 2004's Until the End and 2007's Funeral for Yesterday, were enjoyable for their content, the overall mixes felt off and resulted in albums that were somewhat muddier and glossier than the live versions of their songs. Furthermore, the band were still developing a sound with an ever-changing lineup as well as finding a balance between the more melodic elements of their sound that was growing with those releases.  Then, 2009's In the Black happened.
Much like Oracle, In the Black reinvented and reintroduced Kittie as a heavier, more melodic beast in the studio. The production was tight and clean and with new bassist Ivy Vujic and returning guitarist Tara McLeod, Morgan and Mercedes Lander found the perfect lineup to complement and add to their sound. This lineup, along with Sigfried Meier, who previously worked on In the Black and Oracle, have returned for their most impressive album to date, I've Failed You.
I've Failed You finds the band at their most musical and perfectly balances their sound with excellent instrumentation, great vocal performances and an overall tighter sound. When the album is heavy as on "Whisper of Death" and closing track "Ugly," it is absolutely ferocious and when it is melodic as found on "Empires (Part 1), Kittie shows that they are long, and I mean very long, past their Spit years and its sound. This is a band that has significantly grown since the last album and, with this recording, have released their most accomplished release to date. With a running time of under 37 minutes, it is also very tight with very little room for filler.
Praise aside, listen to the album for yourself here while it is streaming this week. The album is in stores next Tuesday (August 30). As a longtime fan, I am looking forward to damaging my stereo's speakers with this album. I think I just phrased that in the nicest way possible.
Knowledge Dropped by Bärrÿ

Email ThisBlogThis!Share to TwitterShare to FacebookShare to Pinterest
Labels: Kittie