Ninety-five percent of the time, I find myself awake late at night. Lately, I have been watching re-runs of Clarissa Explains It All and Doug but usually it is because, unlike most people, I have a horrible sleeping schedule and tend to run off three to five hours of sleep a night. Due of this, I started a periodic online show called Lost at Sea.

Ultimately, the plan is to create a two-hour show in the vein of the MTV shows I grew up watching (120 Minutes, Yo! MTV Raps and Headbangers Ball) with a mixture of sounds and styles. As for now, it is a nearly two-hour block of music with zero banter, insight or introduction on my part. As I'm still working out the kinks and hoping to better understand this, it will become better...hopefully. I would not mind being the next Nic Harcourt but that is some ways away. So far, I have had a couple of shows and below you can find the playlists for the last couple for the shows to get a sense of what will be played as well as the total abandonment of what should be a structured and formatted program. I will update you on the next appearance of my insomnia fueled musical ramblings along with whatever else that comes with that broadcast. 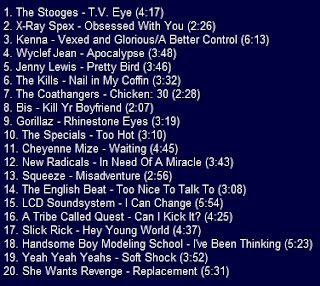 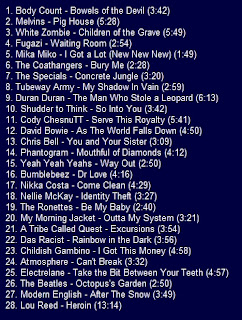