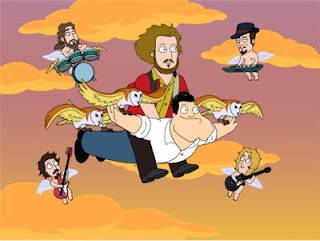 As posted on Stewie's Playground (by way of Pitchfork and TwentyFourBit), My Morning Jacket will be making a guest appearance on the November 22 episode of American Dad titled "My Morning Straitjacket." In this episode, Stan becomes a fan of the band, who are voicing themselves and, according to the images, able to fly. Comedian/actor Zach Galifianakis (The Hangover, Bored To Death) also makes a guest appearance in the episode. 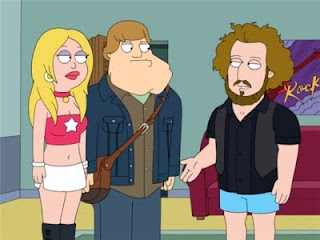 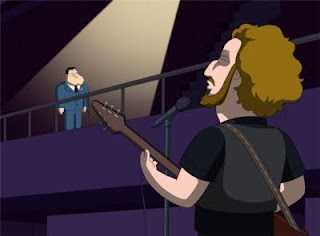 Email ThisBlogThis!Share to TwitterShare to FacebookShare to Pinterest
Labels: My Morning Jacket