Green Day: Rock Band! What A Load Of Dookie! 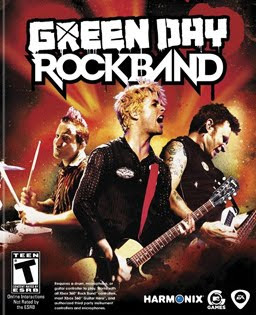 Sorry, I could not resist the horrible title pun. You would have to be an American Idiot not to make that joke. Okay, that was one too many album title puns. Thanks to Entertainment Weekly and Kotaku, the track list for Green Day: Rock Band has been released. To the surprise of, well, no one, the game is loaded with songs from Dookie, American Idiot and, their most recent album, 21st Century Breakdown with bits of Nimrod, Insomniac and Warning sprinkled in for some good measure.

I am not disappointed with this track list because I am as far from a Green Day fan as possible but I will say the lack variety in this list goes back to the feeling I had when first heard about this game. There are so many great bands in the world, legendary even, so why is Green Day getting a Rock Band game especially when they already have downloadable content (which does import into the game)?  It would have just been better to give them several downloadable albums or tracks opposed to an entire game. The Insomniac choices would have been worth a download just so non-Green Day fans were not stuck singing about waking up when September ends, going on Holidays or having the time of their lives. Furthermore, where is "Walking Contradiction?" The few Green Day songs I like, I genuinely like and that song would have been a lot of fun to play.
Anyway, Green Day fans rejoice because you have won. It is not like the world needed Rock Band games for lesser bands like The Who, Ramones or Sonic Youth. What have they accomplished? The whole point to this is just because it can exist, does not mean it has to. I love Weezer and Queens Of The Stone Age but even I fail to see the point of a video game devoted to either band. That is why we have downloadable content. Although one can only hope that this will open the door to Falco: Rock Band. One can dream...one can dream.
Green Day: Rock Band track list: