Not All Glitter Sparkles And Shines, Look At Mariah Carey

Yeah, I went there because I had to go there and by there, I mean the 110-plus minutes it took to watch Glitter. Am I bitter for watching Glitter? Damn right, I am and through my frustration, I made a rhyme. I guess watching Mariah Carey act her way through this disaster is bound to give you some set of skills.

Glitter is a true American tale of fame, love, money, fame, singing over 80's songs, fame, Padma Lakshmi of Top Chef and...wait...that really is Padma Lakshmi of Top Chef and she is lip-syncing to Mariah Carey's voice in 1983 in a studio and on a track produced by Terrence Howard. Where's Tom Colicchio? Who will win the quickfire challenge, Da Brat or Terrence Howard? Why am I still watching this 12 minutes after it started? 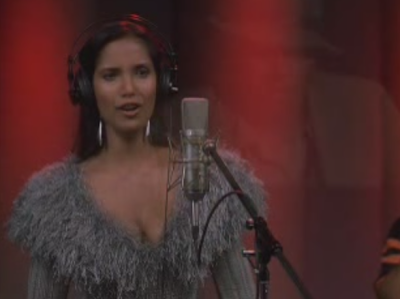 Anyway, Sylk (Laskhmi) cuts a single and performs it at some early 80's New York, Sugar Hill Gang style rapping discotheque where a DJ named Dice can not believe that Sylk is actually singing. Dice is so impressed that he ventures backstage to talk to her and finds out it is not her voice but that of Billie's (Carey). Then Dice tells a joke, says "ohhhh" and runs over to Billie and says "what's in the bowl" or so I wish because adding Andrew Dice Clay to this film would have greatly improved it.

Dice signs on to be Billie's manager, producer and soon-to-be lover in the promise that he will score her all the big deals (record, concert and TV). In order to possess Billie's talent, he must free her from the clutches of Timothy Walker, Terrance Howard's character that is part pimp, part record producer unlike his character in Hustle And Flow who was mostly pimp and partly rapper. Max agrees to buy her soul along with the voice, look and copyrights included for $100,000. From there, Andy Warhol manages to make Billie popular on the club scene without the use of Campbell's soup cans or The Velvet Underground. 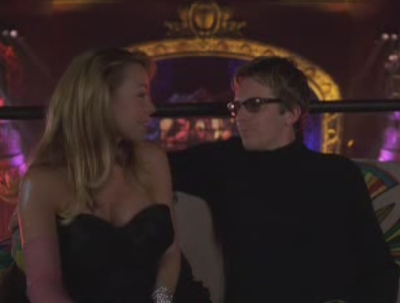 Billie gets signed and starts wearing mysterious silver streaks on her shoulders as she and Dice are moving on up to at least the 30-plus minute mark in this film. Now, it is 198...wow, look at that, time flew by so fast that we, the audience, are never given a month or year. Billie must have been an overnight sensation which in this case means 20 minutes because she is hot right now and by right now, I mean 1984? Sure, why not? Someone has to show a passage of time not accounted for in the film. In this time, she signs a record deal and makes out with Dice in a cab as they hear her song (which sounds a lot like Cameo's "Candy") on the radio.. 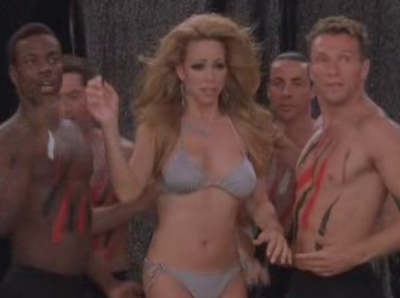 
Billie moves in with Dice and proceeds to talk about her mom and her life pre-foster care, write sappy ballads on his keyboard about her mother and then request for information about her mother all with the emotion of a lake during a Canadian winter or a CPR dummy. She is then visited by the label executives who want see an album now and waste very little time to inform her that she either: 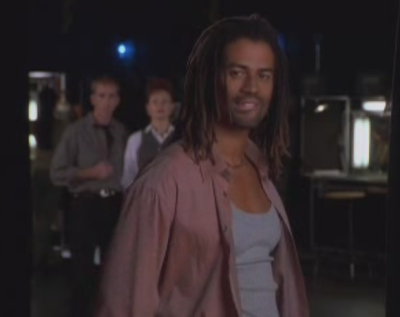 The label does not like her new material but since Billie's star is on the rise, she is now going to perform the USA Music Awards where at the after party, she is introduced to Raphael (Eric Benet), another hot young singer of 1985 or 1986, who really knows at this point. As the night is about Billie, Dice continues to be jealous of Billie's fame and lack of his own that he makes her and her friends, Louise and Roxanne, leave the party and out of Billie's life.


With all the crazy excitement going on, Billie and Timothy meet up again in which he informs her "that it's hard out here for pimp when you're trying to get the money for the rent." Billie tells Dice of their meeting and his threats to her. Dice shows Timothy whose pimp hand is stronger by bum rushing him on the street leading Billie to leave her Late Night Live performance to pick up Dice from jail. After they fight, she leaves him in his musical abyss to finish her album, record a duet with Raphael and prepare for a show at Madison Square Garden. 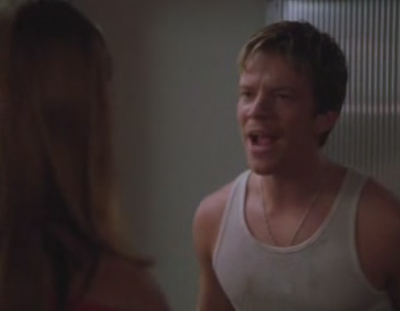 Missing each other, Dice and Billie begin writing music separately and one day while entering his apartment, she sees the music sitting on his piano and begins to play. Touched, she kisses the music and leaves a ticket to her big show which Dice will never see because he is promptly killed by Timothy. Revenge is not a dish best served cold, it best served when someone still owes you $100,000 and has the nerve to beat you up after you inquired about your money. This makes Timothy like a bad ass Klingon who is part record producer, part pimp.


Billie finds out and bravely dedicates her show to Dice, who, in a Tupac like move, sent her flowers, said he would be there and gave her the coordinates to finding her mother. In my mind, there were degrees of longitude and latitude but he probably wrote something boring like "she's living in a small town in Maryland." In the end, Billie travels there to reunite with her mother and all is well. Whatever, the film is finally over.

Glitter is the perfect example of how a film can be so horribly wrong by simply existing. Everything, minus the cat, is horrible in this film and hell, I would consider casting the cat as animal cruelty. In fact, the only great part during any of this was when Carey was "tired from exhaustion" and getting hotter and crazier at the same time (look it up, kids).

The film, however, did teach us several messages about the triumph of the human will, never owing record producers money and that the 80's never had a time frame. I mean 1983 was always 1983 no matter how long it takes to record a hit song, play TV performances, record an album, never tour, have another hit single and somehow play Madison Square Garden. I have to say Billie Frank was one clever girl. Not smart enough to keep a diary like Anne Frank but more likely to piece together nonsensical bits and pieces like Dr. Frankenstein. Although, this is the one Frank girl I wish had hid in the attic. At least, Anne Frank was cool and when she cried it did not look like this. 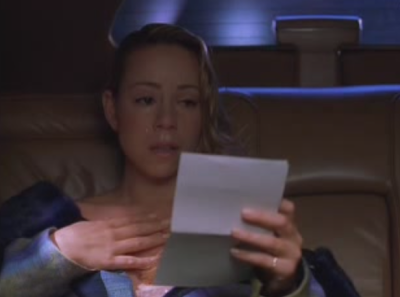