Two Years In The Life Of... 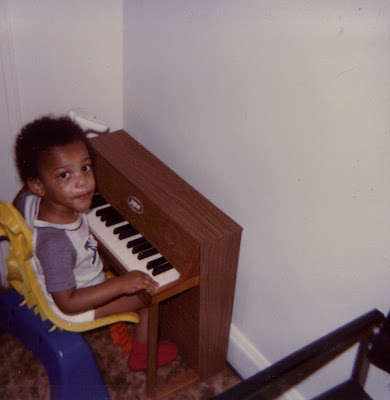 Two years? It does and does not feel like it has been that long since I started this blog. It does in sense of everything that has occurred since the initial post and it does not due to all of the fun I have had meeting musicians I have admired and respected for years and never thought meeting them would occur beyond a brief passing autograph signing outside of a concert venue. Still, to be here two years and able to acknowledge this is pretty awesome.

Year two brought a lot of great moments such as interviewing King Buzzo of Melvins, Richard Patrick of Filter and Slug of Atmosphere, all of whom have had regular rotation on my speakers and headphones for ages. There were plenty of great performances to be seen and reviewed from the likes of Does It Offend You, Yeah?, Filter, Peggy Sue, k-os, Astronautalis, Freddie Gibbs, Totimoshi, Melvins, Atari Teenage Riot She Keeps Bees and one of the final appearances of Eyedea & Abilities. There was Moon8, a brilliant 8-bit tribute to Pink Floyd's Dark Side of the Moon. The best moment of all, which probably set the pace for year two, was the moment the stylophone was pulled out of my bag after a interview with Fishbone's Angelo Moore.

What turned out to be me repositioning items in my bag led to a casual question of if he's ever played one. He had not, the camera was still out and the rest, as they say, was history. From there, every on-camera interview would , if possible, include the portable, monophonic synthesizer including P.O.S noodling around with it to his enjoyment and Richard Patrick making dance beats. Year three, promises to continue the stylophone jams along with the possibility of other little musical toys for the artists to play as well as bringing you the same classy material that has provided many bizarre internet searches.

Lastly, I want to thank any and all friends, past and present, publicists, artists and anyone who has ever just checked out the site out of curiosity for keeping this alive. Every single person who has involved themselves in this blog, if even for a second, has helped make these two years more exciting than I could have ever imagined. Finally, thank you to all of the producers of bad films created for pop artists (Crossroads, From Justin to Kelly, Cool as Ice, etc) and to the creators of one hit wonders everywhere. As long as these continue to exist, there will always be something to be amused by and, later, debate. On that note, let us begin year three.

...and yes, that is me at age two playing a piano. It was either that or a picture of a birthday cake. This seemed more fitting.
Knowledge Dropped by Bärrÿ