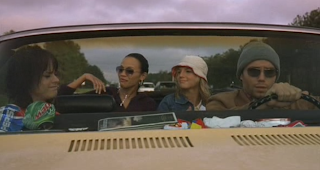 Britney Spears. While Kevin Federline and attacking cars with umbrellas may have been your undoing, that seems normal compared to the insanity you unveiled onto the public with your 2003 classic, Crossroads. In short, Crossroads is a clichéd road trip movie but as a whole, the film teaches us about self discovery, trust, learning to laugh and love and, most importantly, finding comfort in friendship after not sleeping with the Mac guy and being raised by Dan Ackroyd. More important than that, the film was written by the creator of Grey's Anatomy and Private Practice. Alright, maybe that's not as important, it just makes it funnier.
Spears stars in this cinematic masterpiece about three childhood friends who lost their friendship due to teen pregnancy, popularity and being a science nerd. It is through a road trip to Hollywood that they learn to love and laugh with each other again but not before this happens... 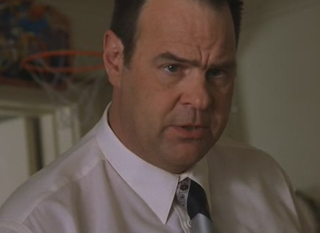 Ladies, you win this round. Anyway, I'm moving off the subject. So the three young women, Lucy, Kit and Mimi, hook up with a mysterious, two-dimensional drifter type named Ben and head westbound for Hollywood after Mimi decides she will find her fame and fortune after auditioning for a record contract. Kit joins the group to visit her fiancé who happens to live in...L.A. Lucy, on the other hand, simply wants to find the mother that abandoned her family when she was three...who happens to live in Arizona.

Ben, who Kit hears "went to jail for killing a man," agrees to drive them to California as he's heading out there for work. Why the girls travel across the U.S. with a man rumored to be a killer is beyond me but if your dreams are for fame, family and love, why not go for it. Once they hit the road, heartwarming hilarity ensues as they stay in rundown motels, go camping, listen to 'Nsync and Sheryl Crow and do karaoke.

The karaoke scene essentially brings the movie to a screeching halt. This is the scene where Mimi is suppose to get her first break as a singer but can't bring herself to belt out "I Love Rock And Roll" but guess who can, Lucy. Instead of being a doctor as her father wants, she deeply wants to sing as you learn within the first 10 minutes of the film. Lucy takes the mic with Kit and Mimi as her backup and earn lots of money, cheering from the Naked Trucker and a chance for a drunk date rapist type to grope Lucy before being knocked out by Ben. 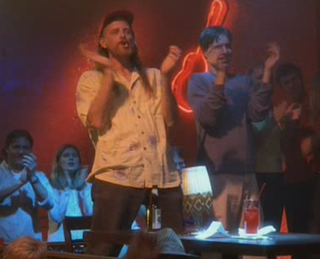 This, of course, continues the love story between Ben and Lucy who helps her realize she's not a girl and not yet a woman through song, poetry and eventually, unseen sex. Meanwhile, Mimi gets her audition form and Kit finds her fiancé only to find out that he is cheating on her with some British woman and that he is the father of Mimi's baby, which she then loses by falling down the stairs. Please, a show of hands if you didn't see that coming at some point in this film, either of those things or both at the same time.

The rest of the film is pretty much predictable at this point. Lucy calls her dad who shows up to take them home, Mimi decides that Lucy should perform at the audition (which makes no sense given that Mimi already had the form and probably filled it out. So then, does Lucy enter the audition as Mimi and how did they get an audition form a couple of days before the audition?), Lucy refuses until Ben talks to her, etc, etc. Yeah, it's pretty predictable.

Given her huge popularity at the time, the predictability and critical panning of Crossroads should have stopped the Spears train. Instead, the movie made quite a bit of money. Although, not as much as something with the Britney Spears name should have made, it made a profit and there's nothing wrong with that. Little did people know that this was the beginning of a downward spiral that included bald heads, umbrellas, K-Fed and an appearance on Punk'd. For last moment, however, Britney Spears still looked like this to the public 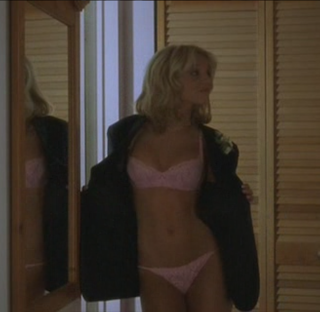 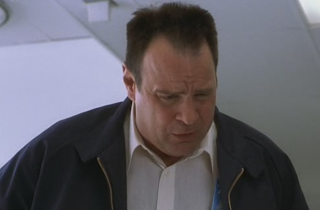 By the way, if you hadn't figured it out, the whole thing between Lucy and her mother was a failure. So essentially, each of them lost something during their road trip. Kids, the message is that three women plus one dude on a road trip equals a triple loss and a record deal.