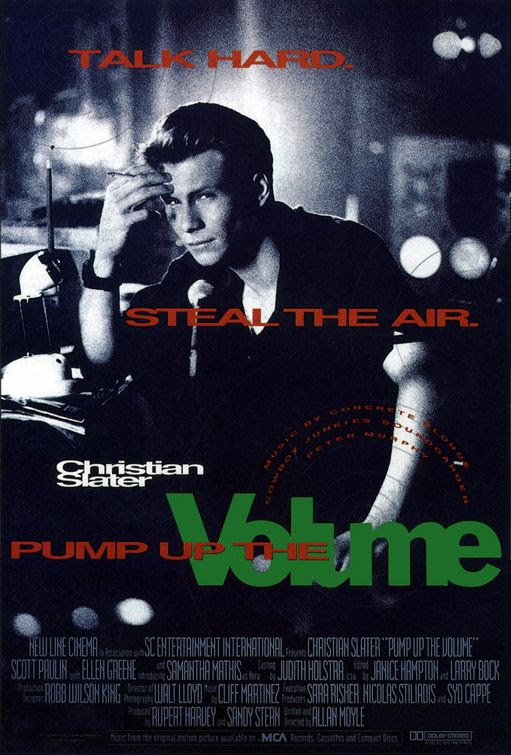 Spinner made a list of the top 20 music geeks in cinema. The list ranges from the likes of the Gwar-obsessed, record clerk stoner Mark from Empire Records to cult duo of Video Aces' Josh Tager and Ivan Alexeev from one of my favorite films, Tapeheads. Bonus points go to writer Jason Persse for including American Psycho's Patrick Bateman's obsession with Huey Lewis and the News as well as Christian Slater's performance as Happy Harry Hard-on in Pump Up the Volume. The 20 cinematic geeks and their love for music can be found here.

Scion's A/V Garage has a new download and this time it's from Tennessee rockers Cheap Time and Texas  punks Bad Sports. Beside both songs being awesome, the single is free. It's a definite download if you are into lo-fi garage rock. Download the Scion A/V Garage Series single featuring Cheap Time and Bad Sports here. Also, check out their MySpace sites here and here for more of their songs.

In March, Erykah Badu stripped down to nothing on the streets of Dallas to shoot her video for Window Seat. The controversial video became more controversial due to a complaint filed by an onlooker of the day's events which lead to the singer being charged with disorderly conduct. Now, Badu has been given a $500 fine with a six-month probation in Dallas. According to reports, the fine has been paid. For the few who have not seen the brilliant, one-take video, check it out below.

Finally, do you like free stuff? Would you like to win some very awesome free stuff like a signed drumhead, a signed vinyl soundtrack and other exclusive releases? Record Store Day is giving you a chance to win said items through the four contests they have going on at their site. You can win any of the six items being offered such as a drumhead signed by The Dead Weather, a vinyl edition of the Scott Pilgrim vs. the World soundtrack signed by Edgar Wright, a limited edition U.K. only 7" release from Dangermouse and Sparklehorse and one of three packs from Sub Pop featuring skateboard decks, limited edition Nike shoes, rare vinyl releases and all of the label's Record Store Day 2010 releases. Enter the contests for the drumhead, soundtrack, 7" and Sub Pop swag  and sign up for the Record Store Day mailing list while you are there.