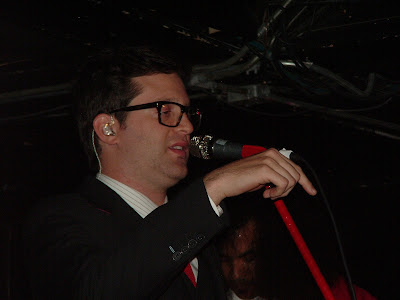 From the moment Mayer Hawthorne and the County stepped on the stage, the tightly packed floor of Subterranean transformed into something else, a dancehall where people came together to the 60's soul and doo-wop revivalist sounds coming from the stage. It was a moment in which youth and fun truly took over and was further aided by the County's matching prep school/prom performance attire as well Hawthorne's own attire of a three piece suit and glasses. This moment in time, however, was too brief.

*Before I proceed any further, I want to mention that, unfortunately, I missed Gordon Voidwell's opening set due to traffic. Therefore, this review only features the Mayer Hawthorne and the County portion of the show.

Midwestern 60's soul revivalist Hawthorne and his band provided an all-too short 50-minute set as it was an all ages set. In those 50 minutes, however, was a very entertaining show from a much talked about band. The performance provided a good example why Hawthorne has been talked about in more than just hip hop, r&b and soul circles as well as gaining respect from the likes of Snoop Dogg.

Hawthorne's charismatic leadership is due to the love and studying of the artists and sounds he is reviving. This, along with the songs, provided a modern interpretation of the sounds created by the Little Anthony and the Imperials and the Miracles instead of, outfits aside, coming off as a novelty. Hawthorne's leadership led the audience into dancing, letting their fingers fall through the air like rain and getting them to jump with the kind of intensity to cause a ripple effect on the floor. 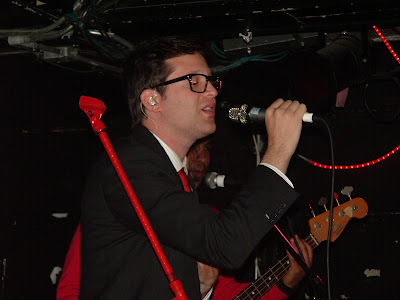 On stage, however, Hawthorne and the County were cool and focused. Their grooves were tight enough to be well rehearsed yet loose enough to easily flow into the next song or jam to while Hawthorne threw the heart-shaped vinyl of "Just Ain't Gonna Work Out" into the audience to help introduce the his first single. This number and "Maybe So, Maybe No" benefited from having remix versions as the band switched to them midway through both songs to give the performances a truly different feel from the studio versions.

Elsewhere, the band delivered a faithful rendition of Snoop Dogg's "Beautiful" while Hawthorne did his best Pharrell Williams falsetto, which is not drastically different from his own. A cover of Doobie Brothers' "What a Fool Believes" missed the bass of Michael McDonald's voice but provided such enthusiasm from the band that it still worked. Album cuts such as "Green Eyed Love" and "The Ills" provided a couple of great musical moments as the former was filled with a slow, bouncy groove and complemented by the intensity of the freaked out guitar solo. The latter ended the night festivities which an up-tempo number complete with Hawthorne bouncing back and forth on the stage along with his tambourine. 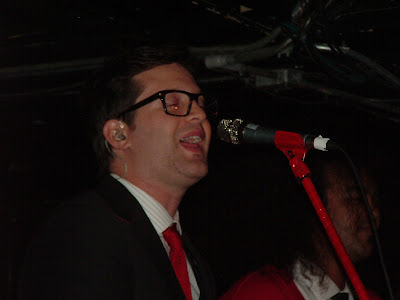 While some reviewers have discussed the corporate sponsorship of the show, the mention of Mazda in the show and slickness of the set, the truth is that the band was well rehearsed and have a look and sound that would sell albums and tickets, perhaps even cars if needed to. Granted, I would prefer to see them all in suits and belting out such infectious songs but none of that matters. Mayer Hawthorne and the County provided a great night for fun and dancing and sometimes that, alone, is all you need for a enjoyable concert.


MAYER HAWTHORNE AND THE COUNTY 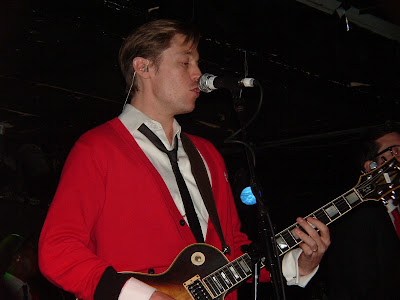 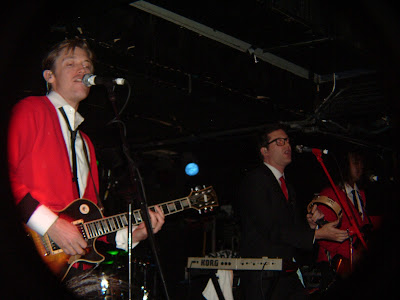 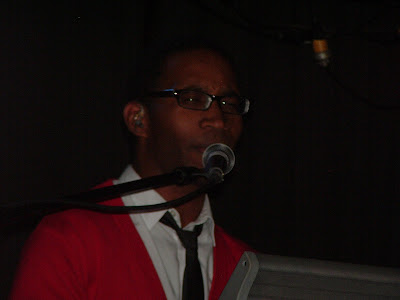 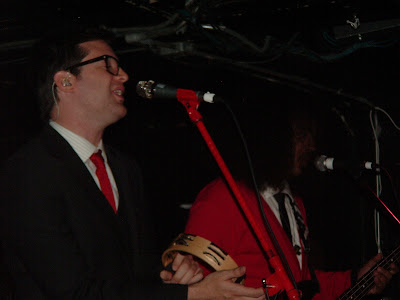 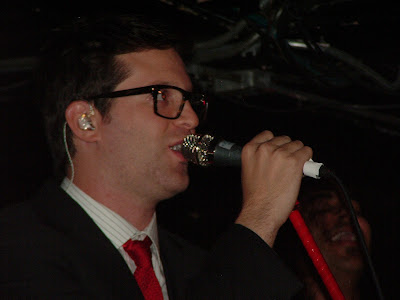 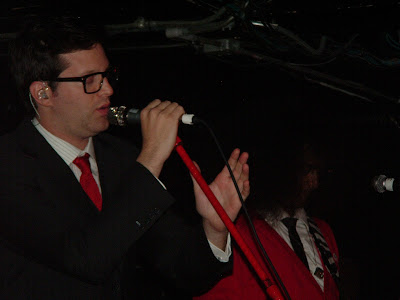 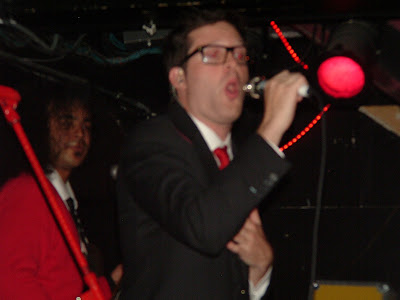 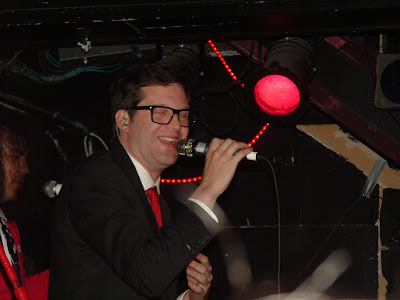