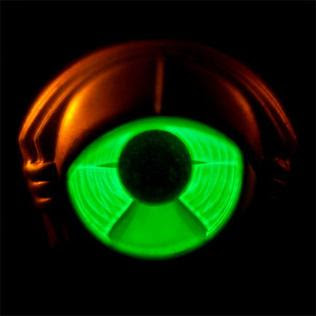 Three years ago, My Morning Jacket released Evil Urges, an album meant to capture the loose feel of their live performances that ended up confusing a few critics despite it being no more experimental than their previous album, 2006's Z, was to the album before it, 2003's It Still Moves. While not as funky (or, in some cases, erotic) as its predecessor, the quintet's newest release, Circuital, returns the band to their roots, as so many critics have felt the need to mention and, in turn, feels more like the true musical follow-up to Z while containing the energy of Evil Urges. Then again, for a band that is known for their experimental sound and the songs that follow suit, what exactly constitutes their roots?
The return to their roots in question stems from the band recording the album in Louisville instead of parts of New York and the disappearance of the funkiness found on Evil Urges. For any other band, this would be seen as backtracking especially if the previous album had been a massive flop and it had not made several "best of" lists. Instead, Circuital continues the atmospheric sound and approach of previous albums with hints of reverb on the vocals and instrumentation that drips like honey from your speakers and coats the entire room with a thick, warm audio blanket.

To better understand that odd statement, one has to look no further than the album's opening tracks, "Victory Dance" and "Circuital." Both songs involve a certain subtlety layered within their grooves to help build each track's momentum. "Victory Dance" surrounds vocalist/guitarist Jim James' voice with synth string arrangments, keyboards, a steady drumbeat while the bass locks into the track and the guitar enters in the second verse.  All of which build up to to the song's big finish. The subtlety comes from the layering and introduction to the instruments within the song. The album's title track is built up using nothing more than a muted arpreggio and a reverbed vocal while being bridged with slightly funky/slightly alt-country instrumentation and a brief echoed guitar solo.

Elsewhere, "Outta My System" provides a bit of humor to the album proceedings for two reasons. One, there is something humorous about a song in which a person who did drugs and stole cars while they were young to get it out of their system before they find married security and a midlife crisis sets in. The second reason is that it was originally supposed to be part of the forthcoming Muppets film as a song for Electric Mayhem. Somehow, Dr. Teeth singing this seems really fitting and in knowing that little tidbit, I can not help but imagine him singing that over one of Janice's bass lines.

"Holding On to Black Metal" is the track closest to anything from Evil Urges. Not so much that it involves any form of a "peanut butter pudding surprise" but in the sense that it feels more like a more streamlined version of  a few songs from that album but with horns, backup singers and lyrics about black metal. The album's winds down on its last three tracks ("You Wanna Freak Out," "Slow, Slow Tune" and "Movin' Away") by bringing the album into a psychedelic pop country territory echoing slower 50's pop tunes and, their most obvious comparison, Neil Young. Whereas the album's opening tracks built up to bigger elements of the song, the closing track are more akin to having a dream and watching the lights fade out as you start to wake up. These tracks beautifully end the album in a way unexpected from the beginning of the album. Then again, the album as a whole feels like it is building up to its second half openers ("Holding On to Black Metal" and "First Light") and then starts winding down shortly after.

Circuital is not so much a return to form as it My Morning Jacket stepping away from the previous album's more unique qualities and delivering a well written album offering dreamlike textures from one of America's progressively interesting bands. Granted, if you are looking for tracks along the lines of "One Big Holiday" or "Remnants," you may be a bit disappointed. Then again, part of the joy of this band is that they are more than capable of tackling various sounds and crafting them into engaging tunes that, as a whole, build their overall sound. Expect to see Circuital on many "best of" lists at year's end as My Morning Jacket have created one more classic album to add to their standing as one of the best current bands around and one more album worth adding to your collection.

Email ThisBlogThis!Share to TwitterShare to FacebookShare to Pinterest
Labels: My Morning Jacket, Reviews