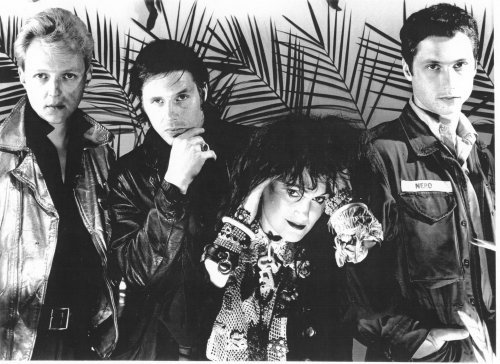 X, on record, is one of the greatest punk bands to come out of the late 70's/early 80's Los Angeles punk scene. Their first four albums, especially, have a certain magic to them from the instrumentation to vocal harmonies to the fact that a decade earlier, The Doors represented the L.A. in such a magical, hazy way that it seemed like the band's keyboardist, Ray Manzarek, was passing the city's musical representation torch by producing X's dirtier, desperate vision of the city for their first four albums. X, in concert, was and still are an amazing force aided by great songs and a solid musicianship. In fact, I considered walking away from guitar after watching Billy Zoom, with his trademark silver jacket and Gretsch Silverjet guitar, perform a mere 10 feet away from me because he is still is just as impressive now as he was 30 years ago.

The whole point to this is to say that this Fall, X will present their past and present to you on a 10 date tour that includes a screening of the band's 1986 documentary, The Unheard Music, followed by the band performing their critically acclaimed, influential debut, Los Angeles, and a few extra tracks. As reported on Slicing Up Eyeballs, the Los Angeles tour begins on the East Coast in Ashbury Park, NJ on September 25 and ends on October 8 in Denver, CO. If you can make it out to one of the shows, definitely come out and check out the band and their documentary. Both are excellent and, technically, it is X opening for themselves which is really awesome in its self. Tour dates and videos are posted below.