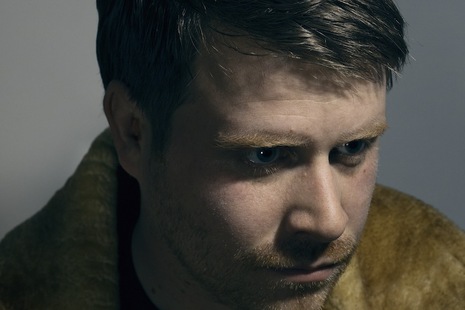 Outside of guest appearances, mixtapes, compilation tracks, production work and various Pitchfork appearances, El-P has been in the studio preparing (and recently finishing) his forthcoming third solo album, Cancer for Cure. Five years after his sophomore release, I'll Sleep When You're Dead, the Brooklyn rapper will release the album on May 22 on Fat Possum. Last year, El-P released "Drones Over Bklyn" as part of the 2011 Adult Swim Singles Program to serve as a teaser for the new album. Today, another single from the album was released entitled "The Full Retard" was released which you can download here.
Cancer for Cure will be released on May 22 through Fat Possum and features guest appearances from Danny Brown, Killer Mike (who also worked with the rapper/producer on Mike's forthcoming R.A.P. Music album) and Interpol's Paul Banks. To pass the time until then, catch El-P's set for Pitchfork at South by Southwest on March 15 and enjoy "Drones Over Bklyn" below.
Knowledge Dropped by Bärrÿ