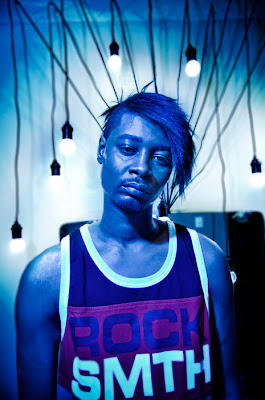 With one of the most unusually brilliant deliveries over some of the most uniquely creative beats recorded, Brown is in a class all to himself. On one hand, you have the comically innovative rapper with a slightly high pitched voice and a loose flow that references himself to the popularity of Teen Wolf and dying like various dead celebrities, all of which died from overdoses. On the other hand, you have a more straightforward rapper that is more introspective in content and much tighter with his delivery. There lies the brilliance of Danny Brown as you can get either one and you are never disappointed with either version. Both are dirty, street level rhymers meant for blasting out of your speakers during the summer as much as they are the kind of performers that you email and introduce to friends. It is this brilliant balance combined with his untouchable lyrical abilities (along with his visual presence) that has underground, indie and mainstream press buzzing about this gifted rapper.