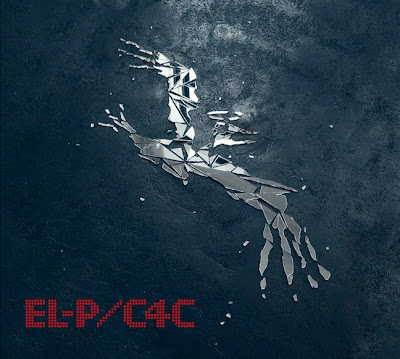 Rapper/producer El-P has a new album, Cancer for Cure, in stores next month. Having already debuted "The Full Retard" and "Drones Over BKLYN," the album's cover art and tracklist were released today. In honor of his forthcoming album, today, we honor the works of El-P through his videos and performances. Cancer for Cure is in stores May 22 and features appearances from Killer Mike, Danny Brown, Nick Diamonds of Islands and more. In a completely related note, El-P has been performing with his old group, Company Flow, on and off over the last year in support of the reissue of Funcrusher Plus. On Friday, April 12, they will  perform their first ever show in Chicago on April 12 at Metro. Between these events and his collaboration with Killer Mike (R.A.P Music) also due next month, a moment to honor the forever, hard-working El-P is long overdue.