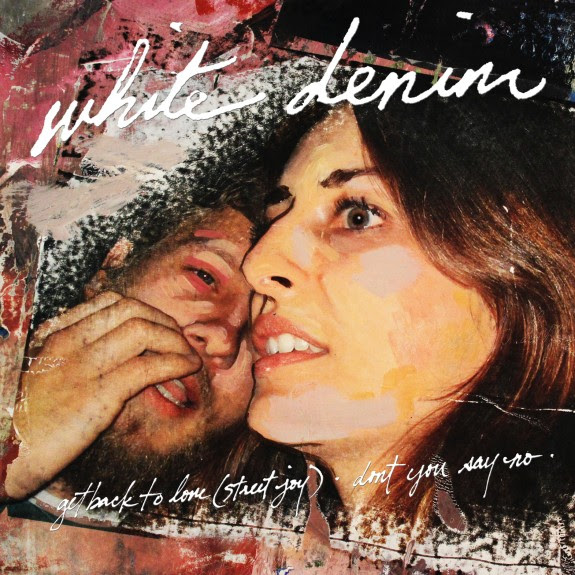 Many bands might consider themselves versatile but very few, if any, of those same bands could provide the mind-melting abilities of White Denim. The Austin quartet's latest album, 2011's D, is a nothing short of a musical masterpiece with its loose yet tightly constructed grooves and a level of musicianship unlike anything else on the market. Continuing with the success of the release and as well as coming off from a stint opening for Wilco, White Denim stepped away from their rock sensibilities to focus more on their slow, seductive side with the release of a new single, "Get Back to Love (Street Joy)." Adding to this brilliant exercise in modernizing the 80's slow jam is a cover of R. Kelly's "Don't You Say No." Both songs add to the already impressive year for the critically acclaimed band.

Speaking of which, as amazing as White Denim is in the studio, their live set is the reason people need to attend concerts more. Watching them deconstruct the songs and hearing the notes fully fleshed out with the band in person is truly a thing of beauty. Last summer's set at Schubas was one of the highlights of the year (and made me wonder when will they release a live album) so I know that tonight's set at Lincoln Hall will be far more impressive (bigger venue = bigger sound...oh, yeah!). If you are free tonight, by all means, come out and see an act that demands the attention of your senses. Hundred Visions are opening and tickets are available here.