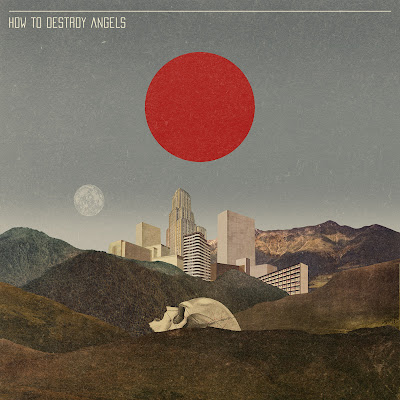 How to Destroy Angels is the name of the collaboration between Nine Inch Nails mastermind Trent Reznor, his wife Mariqueen Maandig and Nine Inch Nails collaborator and producer Atticus Ross. The group's self-titled debut EP is now available as a free, 320 kbps MP3 download by clicking on the widget below. The band is also offering the EP in a higher quality FLAC format for $2 or as part of a package deal with a poster, sticker or t-shirt. A physical edition of the EP will be released on CD on July 6 while, as of this post, there is not a release date set for a vinyl edition. Download How to Destroy Angels by using the widget and watch the video for "The Space in Between" after the jump.