If You Listen To Fools... 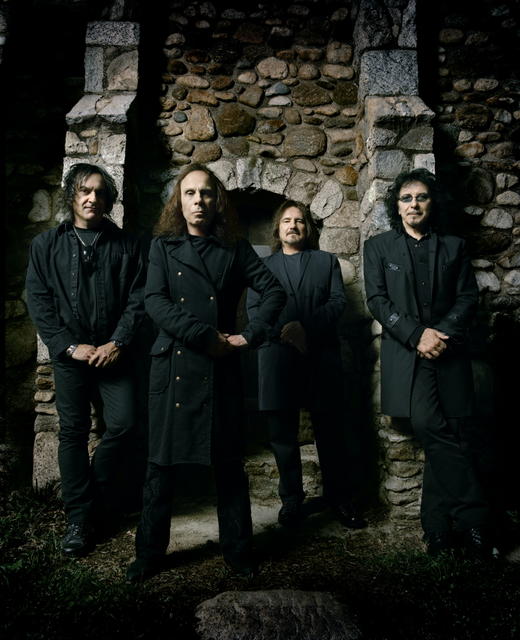 Dio, Iommi, Butler and Appice. These four men are responsible for one of the greatest reunions ever. What was once Black Sabbath is now known as Heaven And Hell and if experience has proven anything, then their new album, The Devil You Know

(due April 28th), will probably destroy weaker albums released that day, metal and non-metal. To understand Heaven And Hell, let us look at five songs that would best explain why Heaven And Hell's studio return is the greatest thing since peanut butter met jelly.

)
What an amazing way to open up the first post-Ozzy Sabbath record. Definitely some of the best instrumentation in their canon and that Iommi solo...just simply amazing. From the very first second of this track, you knew that this album would make up for the last two albums recorded with Osbourne, Technical Ectasy

. The band sounds energized and recharged. Also, Dio's vocals are strong enough to carry the song in a way that no other Sabbath vocalist would've been able to do (that was the case with most of their vocalists as most of them sung more Ozzy than Dio).

)
Beautiful yet haunting opening guitar track followed by a soft Dio vocal delivery before ripping the song's flesh open and showing you the blood and muscle behind the song. Vinny Appice's drums force your head into headbanging alongside the beat and Geezer Butler's bass follows every kick. Clocking in at almost eight minutes, the song is one of the heaviest, longest and most menacing that Sabbath ever recorded and enjoyable with every second.

)
Iommi's opening guitar and Dio's screech lead off this exercise in heaviness. Every instrument owns this track. The guitar is loud. The bass and drums are loud. The vocals are loud. This is what Nigel Tufnel of Spinal Tap was talking about when he had an amp that went up to 11. With everything at its maximum volume, the funny thing is that you can hear every note played. If you can, check out any of the live versions recorded with Dio, the song is a great live number.

4. After All (The Dead) (Dehumanizer

)
"What do you say to the dead? Will you forgive me for living?" This song, if for nothing else, is the sole reason to listen to Dehumanizer

, Sabbath and Dio's reunion after a 10 year separation. It's not to say that that album isn't worth listening to, it's a good album and a welcomed return for Sabbath after years of wandering around with different lineups. This song, however, is the one track on the album that truly rivals the earlier Dio-fronted songs. Slow, brooding guitar, pounding bass and drums and dark vocals. It, at times, feels like a leftover, unrecorded track from Mob Rules and that isn't a bad thing. Whereas, the album, as a whole, feels like a more bad ass, modern (for 1992) Sabbath record, this track is reminiscent of the Sabbath of old. Points off for not opening the album with this track. Nothing against "Computer God" but "After All (The Dead)" would've been a much better opening track.

)
Definitely, one of the most memorable Iommi riffs and one of the best Sabbath songs of their career. Everything about this song is great and it has a groove. On top of the groove, supplied by Butler and drummer Bill Ward, is some nice guitar and a very memorable vocal performance from Dio. As the groove settles in, the song speeds up and becomes even better than it was before without losing a single beat. Just as hits its maximum speed, it fades into a delicate guitar outro. It's Sabbath's "Madama Butterfly." Something beautiful on the brink of chaos but never tipping over and its end being sad but passionate.

There are many more songs I could talk about and could go on hours as to why I prefer Dio's Sabbath over Ozzy's Sabbath (I really do. Nothing at all against the original Black Sabbath which I love dearly but the Dio era is just awesome and sadly underappreciated). Instead, I recommend checking out these five tracks and/or purchasing one of the following things, The Dio Years

or Heaven And Hell: Live From Radio City Music Hall

. Both are great examples at where this lineup has been musically and points to where they're headed in the future. The live album also shows that this band still has it. Mind you, they hadn't played together since 1993 when these were recorded a couple of years ago but you'll never be able to tell.
Knowledge Dropped by Bärrÿ